Bulgaria and the new EU framework on Roma integration: towards inclusive and participative education?

As part of the ‘Social Policy and Politics in the EU’, each year we organize a debate involving Bulgarian NGO activists and policy experts on a pertinent social issue featuring in the country’s European Semester report.

This year’s European Semester Debate focused on the issue of Roma inclusion in the sphere of education. The choice of topic was not incidental: in late 2020 the EU launched a new Framework for Roma inclusion for 2020-2030, and the so-called National Roma Integration Strategies (NRISs) are to be submitted by individual EU member states until the summer of 2021. Given that Bulgaria’s new NRIS is currently under preparation, the debate provided an opportunity for representatives of civil society organizations and policy experts to assess the achievements and shortcomings of the existing policy measures, and to signal which policies should be emphasized in Bulgaria’ upcoming scheme. The event focused on education given that this policy area has recorded  the most tangible progress in terms of Roma inclusion and equality of opportunities, both in Bulgaria and EU-wide. 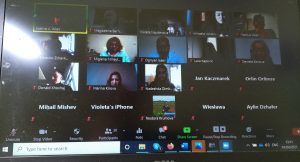 The first two presenters in the first panel took stock of the earlier EU framework on Roma inclusion, implemented in 2012-2020. Violeta Naydenova, Senior Policy Analyst at the Open Society European Policy Institute in Brussels, asserted that the 2012 EU initiative succeeded, perhaps in the first time in EU history, in bringing the issue of Roma inclusion (and discrimination) onto EU agenda. At the same time, she criticised the vague formulation of the 2012-2020 Framework’s goals and the non-binding nature of EU member states’ commitments. She also emphasized the necessity to combat anti-gypsyism which she viewed as a root cause of discriminatory attitudes and behaviours towards the Roma people in Bulgaria and other EU Member States.

Teodora Krumova, Program Coordinator at Amalipe Center, focused on the last decade’s achievements in the field of Roma education. 2019 Global Metrics/ Trust for Social Achievement data that she displayed indicate considerable progress in terms of the proportion of Roma pursuing education. Between 2011 an 2019 the share of Roma children attending education facilities increased from 71.6 to 84.1 per cent, with the highest, nearly 20 percentage-point rise recorded in the 15-18 year olds’ group. She also asserted that Roma civil society organizations played a pivotal role in advocating important educational policies such as the abolishment of kindergarten feed; support for secondary school pupils’ transportation; change of financing modalities for school funding; and the introduction of the legal ban for class segregation. 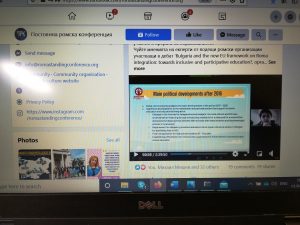 Marina Kirova, Policy Officer from European Commission Representation in Bulgaria, spoke of EU’s involvement in the process of Roma integration. She pointed out that the assessment of labour market and education schemes targeting Roma and other disadvantaged groups in Bulgaria regularly features in the country’s European Semester reports. She also presented EU’s 2020-2030 Framework on Roma inclusion, highlighting its increased focus on internal diversity of EU Roma community, as well as the presence of specific targets and indicators that will allow national and EU authorities to assess EU countries’ progress on the Framework.

The debate’s second panel took a form involved a round table discussion featuring education policy experts of Bulgaria’s most prominent Roma NGOs/ civil society organizations. While speaking about enduring challenges, Ms Krumova, pointed to i) the intensifying segregation of educational facilities, despite the favorable legal framework; ii) the lack of political will at municipal level to pursue effective desegregation policies, and iii) digital exclusion of Roma students, which became particularly acute with the global covid-19 pandemic and the subsequent introduction of distance learning. Liliya Makaveeva from the Integro Association, in turn, sided with Ms Naydenova in acknowledging the omnipresence of anti-gypsyism, or racism towards Roma people, in Bulgaria. She claimed that not every Roma person in the country is socially excluded, but all Roma people are victims of negative stereotypes that effectively prevent their participation in different spheres of social and economic life. This assessment was further confirmed by Miglena Mihaylova, the president of the Leader NGO. As the mother of a fifth-grader Ms Mihaylova would bring several examples of prejudices and negative portrayal of Roma people in education materials in the Bulgarian curricula. In her view, a large-scale inter-cultural awareness campaign and teacher trainings to induce a change in attitudes and public perceptions vis-à-vis the Roma. 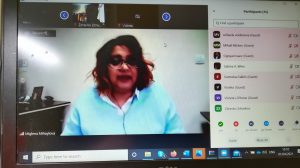 While discussing political and policy steps that should be taken in order to ensure tangible progress with the inclusion agenda in the education area, two set of answers were provided. Some round table participants, for instance Ms Makaveeva, pointed to the necessity to empower Roma community and ‘bring it out of passivity’ by encouraging more Roma voices in the public debate. On the other hand, Ognyan Isaev, Director of Education Trust at the Trust for Social Achievement, saw public institutions as those that should modify their practices so that Roma inclusion in education, but also other spheres, is pursued more effectively. He argued that high-level political engagement and the demonstration of will to combat the discriminatory practices on the part of the country’s top political leaders is needed to pave the way to policy change at lower levels. He also stressed the importance of effective coordination  among different government departments in regard to Roma inclusion measures, and the necessity to include Roma civil society organizations in the design, implementation and monitoring of Roma inclusion policies – in the sphere of education and beyond.

The agenda of the meeting can be viewed under the following link:

Bulgaria and the new EU framework on Roma integration_programme

‘There will no second chance!' Bulgaria and the green transition agenda debated at AUBG

June 4, 2020
« Previous post
Combatting youth unemployment at times of Covid-19: not necessary a mission impossible
Next post »
‘There will no second chance!’ Bulgaria and the green transition agenda debated at AUBG